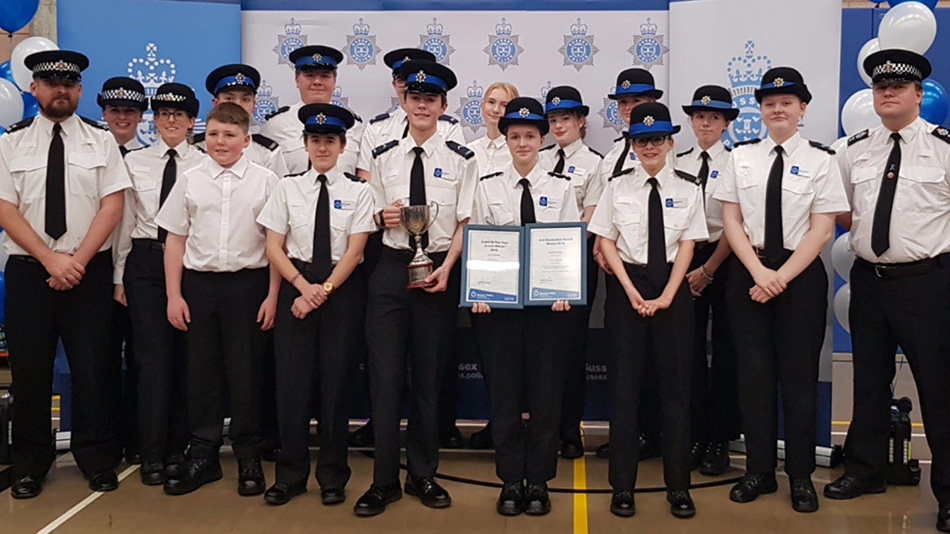 For the second year running, a Varndean College student has won Sussex Police's overall 'Cadet of the Year' award. Following on from Harry Dawes's success in 2018, this year the award has gone to cadet Leo Podesta who is currently studying BTEC Level 2 Public Services at Varndean. While off duty back in the summer, Leo (ex Blatchington Mill School) witnessed a very serious incident occurring in Brighton.

Using skills he learnt at cadets he identified himself to attending police officers and was able to provide information that directly led to an early arrest of a potentially dangerous and violent offender. Leo, who received his award at Sussex Police HQ at the weekend, wants to join the police force in the future. Well done Leo.